Recently got this useful info from GitHub on updating a git branch locally after renaming it on the server.

Assuming the branch’s old name was ‘main‘ and it is renamed to ‘master‘, and its local clone exists, execute the following on local terminal:

That should successfully complete the renaming of the branch (at the local end).

‘xdebug 3.x‘ has some different configuration parameters than the older 2.x version. Here is the quick set of parameters required for xdebug to work with Apache running on a Docker container:

Note that client_host value ‘host.docker.internal‘ may not work on linux.

Caveat: xdebug.mode as ‘debug‘ , the improved/formatted output of var_dump() that xdebug gives, gets turned off. In order to have formatted var_dump() output, xdebug.mode needs be set to ‘develop‘. In ‘develop’ mode, vscode-debugger does not work. This is due to the changes in version 3 of xdebug.

UPDATE: Found out that xdebug.mode can have comma-separated multiple values as:

For the PHP-Apache Docker image I was using (php:7.4-apache), the php.ini was not created by default. So I copied the development-sample /usr/local/etc/php/php.ini-development

The xdebug config is set in a separate file: /usr/local/etc/php/conf.d/docker-php-ext-xdebug.ini

In order to work with the vscode extension ‘PHP Debug‘ (by Felix Becker), a vscode configuration file (launch.json) needs to be created. An important parameter here is ‘pathMappings‘. Here’s a working example of launch.json:

The first part in “pathMappings” value corresponds to the document-root in Apache on Docker. The latter is the corresponding local path on the host system. ${workspaceFolder} is a convenient variable translating to the location of the project containing the ‘.vscode‘ directory.

The other customisation is the “port” value (‘9003‘ for xdebug 3.x), matching with the xdebug.client_port value in PHP.

A useful PHP function to get the stats for xdebug is: xdebug_info()

This set up should make ‘PHP Debug’ extension to work in vscode by assigning breakpoints in the code. In case the debugger does not stop at the breakpoints, xdebug can be tested by setting the following parameter in launch.json:

This makes the debugger to stop at the entry point of the PHP script.

Attempts to install MongoDB on a cPanel based CentOS VPS

While trying to install MongoDB on a cPanel based CentOS server, I found the system configurations were customised by cPanel. And because of which a lot of commands were not available in bash. Also the installation of some packages was disabled in the /etc/yum.conf (e.g. php* in the ‘exclude’ list blocked the installation of php-devel package, etc.). This is a documentation of the key steps to install MongoDB on such a system.

I referred the official doc on mongodb.com to install mongodb on CentOS. So at the time of writing this, the version provided in the doc to install was 4.4.

Please note that I did the installation as ‘root’ user.

1.Create a repo file in /etc/yum.repos.d called mongodb-org-4.4.repo with this content:

Note that cPanel has the tools like pecl, phpize, etc. in the following location. Change the version in “ea-php*” as per your PHP version. There could be multiple versions of PHP installed, so choose the version you are using for the project.

So to run phpize followed by ./configure while compiling a package yourself, use something like:

Info: Location of php.ini on cPanel:

I had to use MS Visual Studio to work with Graphisoft’s Archicad API. The API kit installs a template in Visual Studio, though the references to the libraries and header files in the template have a relative path specially for the example projects that come with the kit. That required editing the path to the referenced files in the template in order to use it for projects stored in locations other than the Examples directory of the API kit.

This is a compilation of the steps to generate a usable template in Visual Studio 2017 (community) using broadly gathered info, not describing the mechanism or the structure of the template.

An existing project-template can be found in %userprofile%/Documents/Visual Studio 2017/Templates/ProjectTemplates Duplicate the ZIP file of the template, extract and customise it. Re-compress it into a ZIP file.

(It seems some tags need to be defined in the <Template Data> section in the .vstemplate file, for compatibility with v2019. Ref.)

After the VSIX project template is available in the New Project dialog in Visual Studio:

Hope this helps someone. Share your thoughts / suggestions please. Thanks.

In the registry editor, reach HKEY_CURRENT_USER\Software\Microsoft\Windows\CurrentVersion\Explorer.

Add a new DWORD key: AltTabSettings and change its value to 1.

Now Alt+Tab should display only the application icons.

To revert back to the thumbnails, change the registry-key (AltTabSettings) value to 0.

The directory dirToIgnore should now be removed from the git repository.

Uncomment the following in /private/etc/apache2/extra/httpd-userdir.conf :

Create the file /private/etc/apache2/users/yourUserName.conf if it doesn’t exist:

Add the following in this file:

For running PHP, uncomment the following line in /etc/apache2/httpd.conf . The version of PHP in the module name may vary as per the currently installed version (7 in this case):

The local webserver should now be available at http://localhost/~yourUserName/ , referring to the location ~/yourUserName/Sites/

Install git on the remote server (if it is not already).

Accept the default file to save the key. If a passphrase is entered, it would have to be entered every time during ‘git push‘. The following two files would be created in ~/.ssh/

Create an authorized_keys file (if it is not present) on the remote server in ~/.ssh/ for the SSH daemon to accept the key:

Copy the local SSH ID/key to the remote server’s authorized_keys in ~/.ssh/ as:

It would prompt for the passphrase if it was entered while generating the key (using ssh-keygen).

Create a local git repository, in a project directory (say ~/project01) that needs to be uploaded to the server. Then create a file in it to test the git transfer later:

On the remote server, initialise a bare repository in a directory (say ~/project01.git):

Set up a post-receive hook for ~/project01.git on the remote server, to ‘checkout’ the git files into a remote project directory (say ~/project01, as the local):

Enter the following script code in this post-receive file:

Set up remote origin to the server (bare) repository, at the local end:

Stage the content of the local repository and commit it:

Push the sample file to the server, setting the remote as upstream:

The file should be available on the remote server at ~/project01 (created earlier).

Note: It is recommended against using git as a deployment tool, for reasons as it does not track permissions. Read here.

komorebi – sunlight filtering through the trees 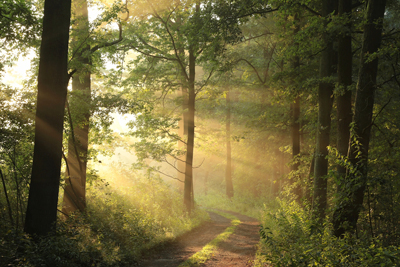 A text-based window manager for linux and terminal multiplexer; displays system info in the CLI, such as battery, hdd, thermal stats.